Well the good old British weather put pay to plans of being outdoors in the sunshine today, so rather than waste an entire day doing nothing I decided to dig out one of the many construction projects I’ve been stockpiling and fire up the soldering iron.

As computers evolve, legacy connections get fewer or even become non existent. Over the years I’ve hoovered up various cheap “solutions” from the internet in an attempt to connect older hardware to a modern machine that lacks that connectivity. This has been with limited degrees of success. Now I’m firmly ensconced in the world of radio this has become even more of an issue as my current PC and laptop boast a grand total of nil RS232 com ports.

Everyday Practical Electronics (April 2015) ran an article on this exact problem alongside another for Rubidium Standards. Now as cool as it would be to own an atomic clock I can’t really justify building one as I haven’t the need for that piece of test kit, however oscilloscopes and more importantly radio kit, well that’s another situation!

With that in mind I lashed out a whole £7 for the PCB from their store and decided that it would be a worthwhile investment to have a USB to RS232 interface which I knew would work without all the faffing around I’d experienced with the previous out of the box adapters I’d bought before.

So, after investing an hour at the work bench I was rewarded with the completed article.

One PCB ready for components 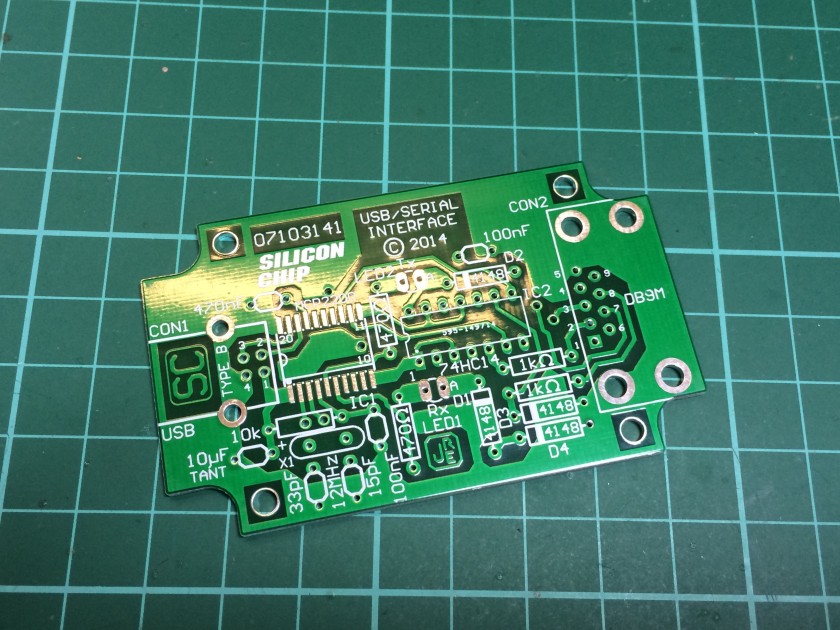 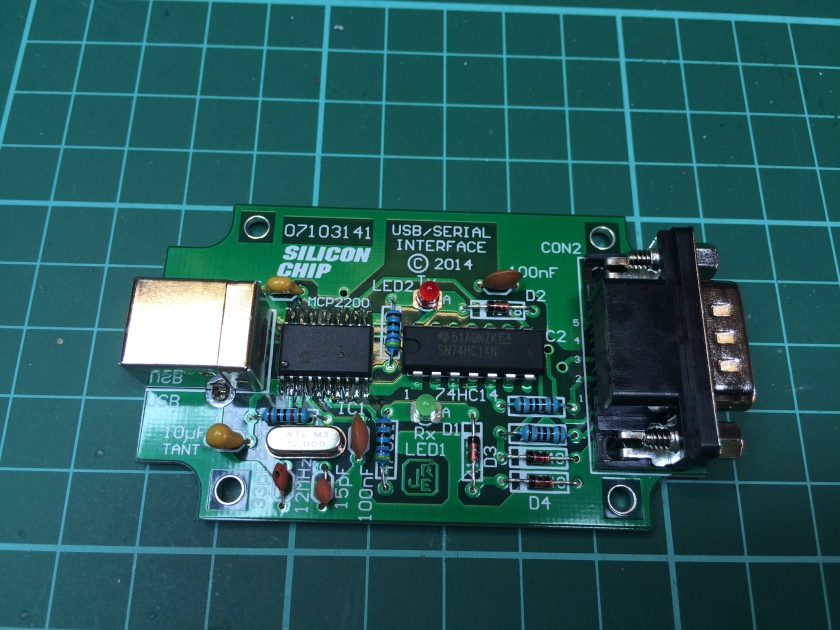 The configuration utility for the MCP2200-I/SO USB 2.0 to UART protocol converter is freely available from http://www.microchip.com

With that installed on the PC and a USB cable linking the two, the board reported everything as it should be and with a click of a few buttons, the job was done! 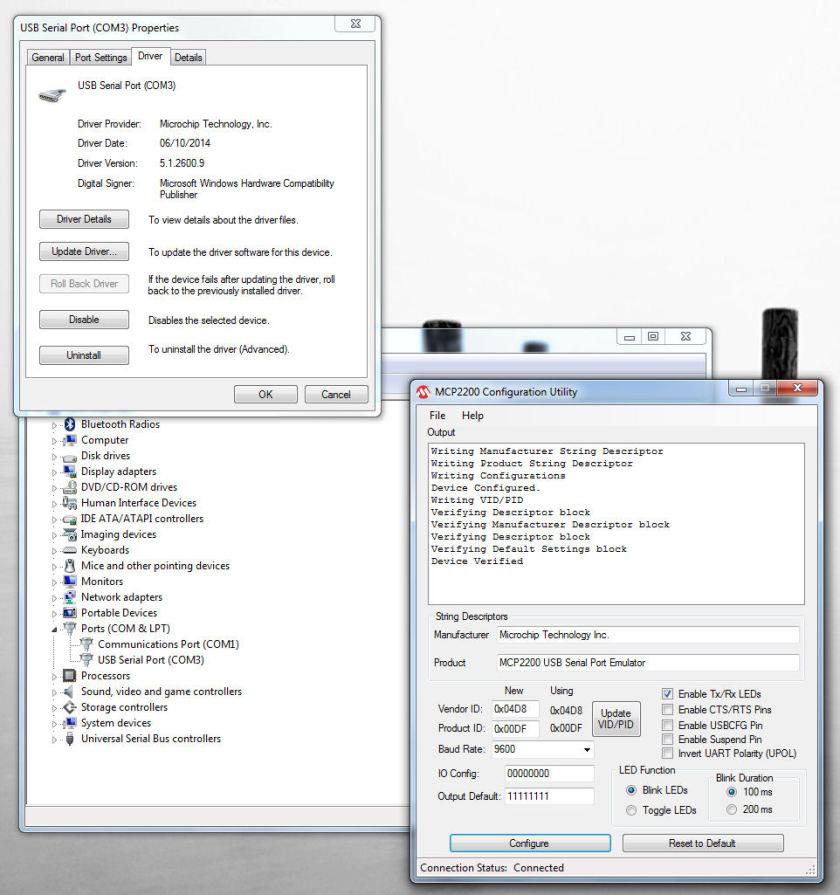 I was tempted to mount the board in a project box, but EPE suggest a case which I can only find listed on Aussie sites and the postage on a 5 AUD box seemed a bit crazy! Also, in its naked form it can be easily plugged into the back of a device and then all that’s needed is a USB cable to plug the equipment from the days of the Ark to a modern computer. Happy days!