When they said that CAT cables based around Prolific chipsets were problematical they weren’t lying!

After 4 days I’ve finally got it sussed and here are the solutions for anyone who comes up against the same brick wall. It comes down to drivers and port speeds which Windows keeps changing of its own volition just to keep you interested. Windows 10 is a bigger pain than Windows 7 on that front.

discard any that came with your cable and don’t allow Windows to try and install anything itself. 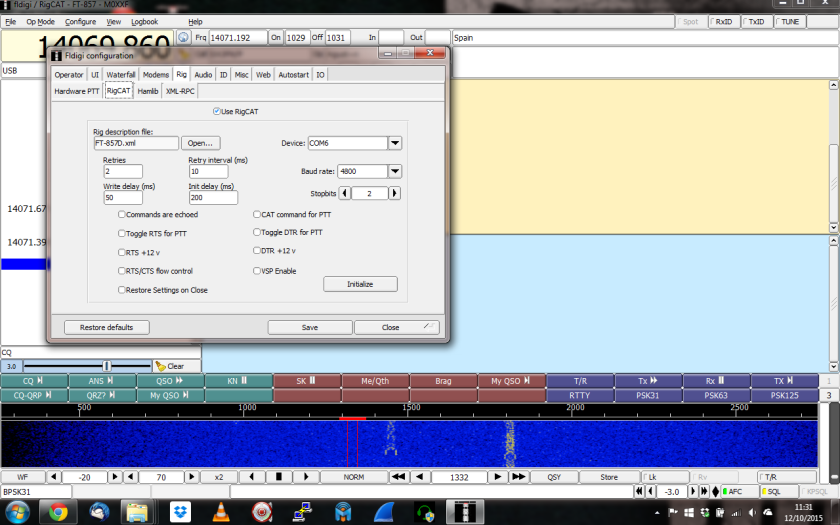 It is all very simple, but as I said Windows keeps making things tricky for you but these settings work and are stable.

There’s a definite hierarchy to the devices when using the USB CT-62 cable which can cause issues.  If the PC is powered on and running software which utilises cat, if the radio linked to the ATU is then powered on the ATU reports a fault and you get a rapid flashing led warning.

This is easily overcome by powering on the radio first then spinning up the digi-mode software.

In a similar vein the D sub style cable also does odd things if you change band to a frequency requiring the retuning of the ATU,  with the digi-mode software running hitting the tune button does nothing. If the software is closed down the ATU immediately fires up and does its thing.

The manual states how the pass through port acts and is switched under software control by the ATU. At a guess if a program is polling the line, when rig cat is enabled, it inhibits the ATU carrying out a user initiated retune.  The solution is to close down Fldigi, retune then restart Fldigi.

One thought on “Rig CAT problems #3”