So after playing with Asian QRP transceivers for the past few weeks/months it was time to get things back on track and crack on with all things CW & Morse.

After successfully building the LCD Shield portion of this project the next stage was the actual decoder shield.

Here’s the partially completed shield prior to making all of the necessary wiring connections. 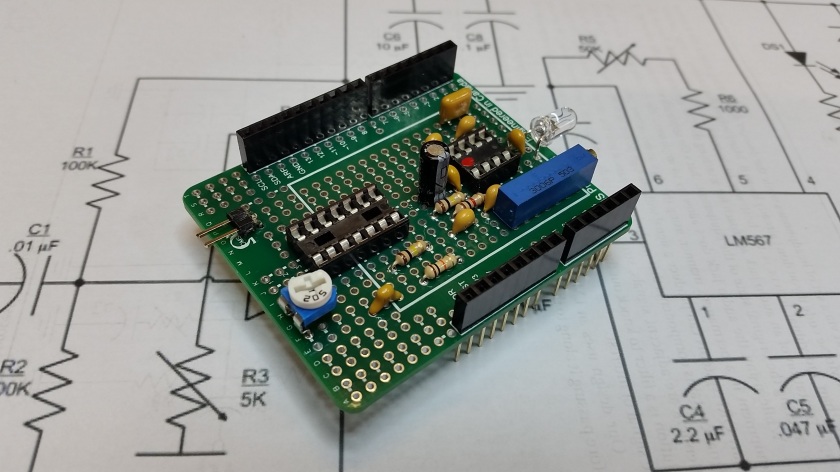 It was at this point I noticed there’s one all mighty faux pas in Arduino Projects for Amateur Radio. There’s no help with wiring up the components on the prototyping shield.

I started working my way through the circuit schematic  after a considerable amount of Google time looking for publishing errata, with zero success. After several hours and a growing spider web of pencil on my circuit layout diagram I decided to wing it and emailed the authors directly, as the publishers’ support page was less than useless.

In less than half an hour the below diagram which is missing from the book was emailed over by Jack (W8TEE) and Dennis (W6DQ). Nice one guys, much apprecaited! 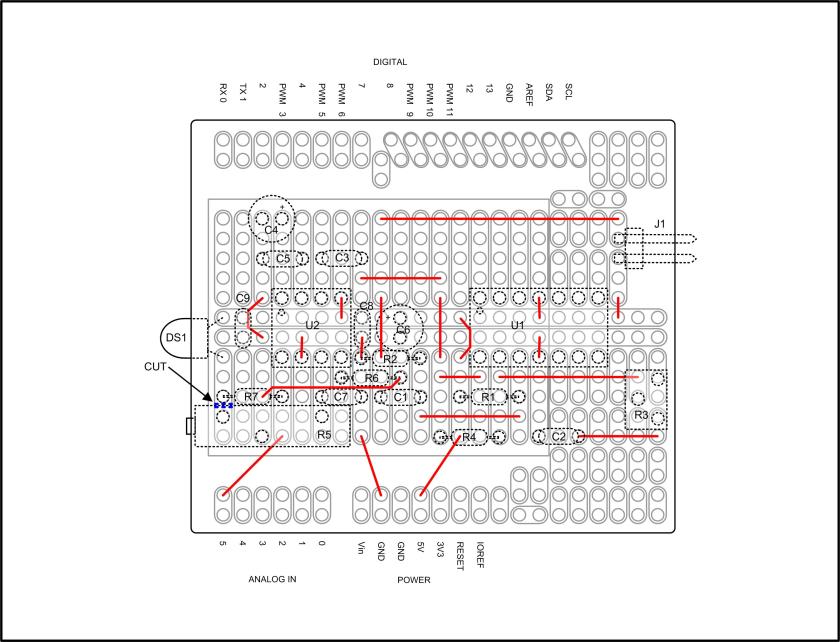 So after an hours fiddly work soldering up the necessary links it was time to test this thing. 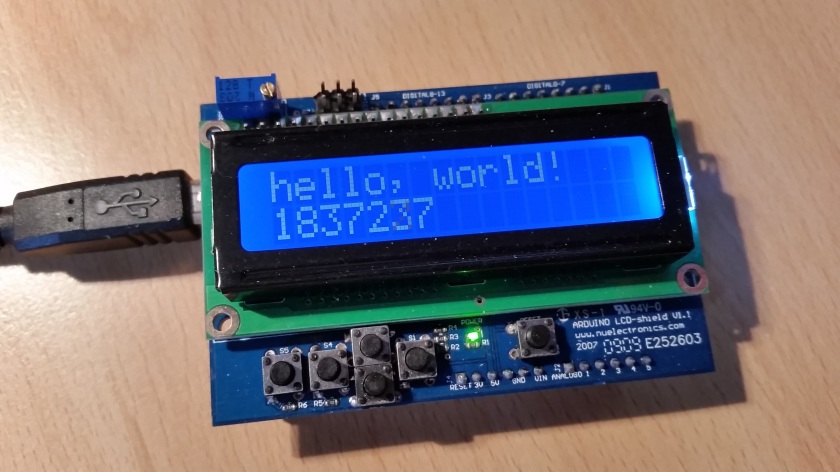 With a certain degree of regret I had to unplug my LCD shield which was occupying the only free USB port on my computer. It had counted 1837237 seconds since inception, which equates to 21.26 days. Anyway, moving on! 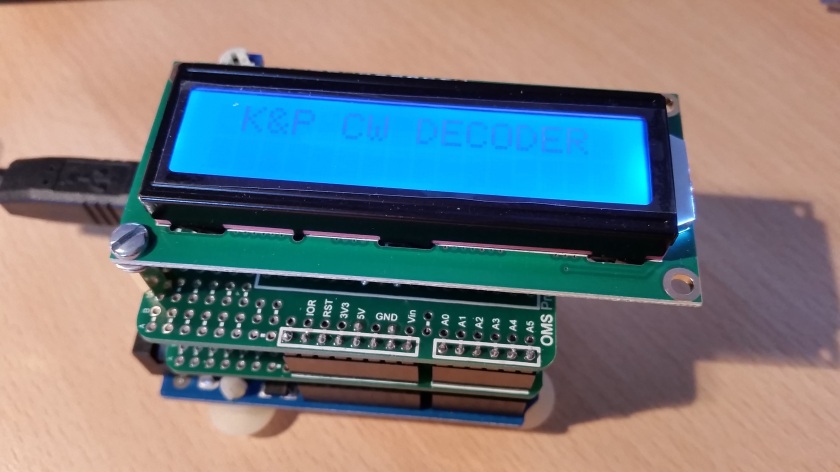 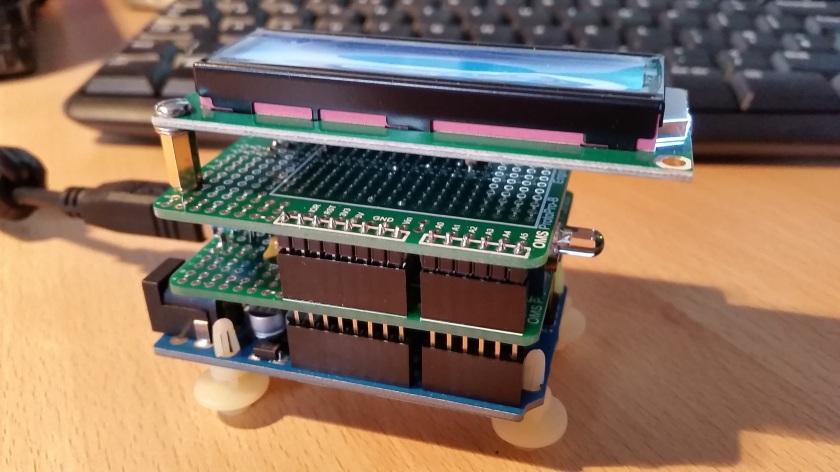 With all the shields stacked up the prototype was starting to resemble the leaning tower of Pisa and preventing it from toppling was a pain. Application of a few stand off spacers on the Arduino helped with that.

I plumbed up a Y-splitter on the audio out from my PC, hooked it to the decoder and loaded up a test MP3 file from the ARRL Morse Practice Archive and waited to see what happened!

In two words “absolute jack!” A double check of everything revealed nothing obvious.

As Adam Savage of MythBusters would say “Failure is always an option!”