OK, so I needed to have a point of reference for debugging the Arduino Morse Decoder because despite the best efforts of Arduino Projects for Amateur Radio, there were a few things that need answering or obvious points of assistance which are conspicuous by their absence!

Thankfully, when I was researching the long term plans for this project I was aiming for a single board finished product based on Prototino board. When I was Googling around I came across an OSHPark PCB file which the designer Budd Churchward WB7HC had released as an open source project. As an added bonus he had a few left over from a batch he had made and was selling them. A bit of a result on the scale of things. As much as this was a journey of discovery and development, if someones got a thing and it’s vaguely round and turns you buy it, you don’t reverse engineer a Bridgestone just for the fun of it!

That landed a few weeks ago from the good old US of A and had been sat here waiting for me to have a look at it. This was my hour of need and seemed as good as any to see what we could do with it! I’d gone one step further and taken Budd up on his offer of the full kit with precoded Atmega PIC to save more time and hassle. 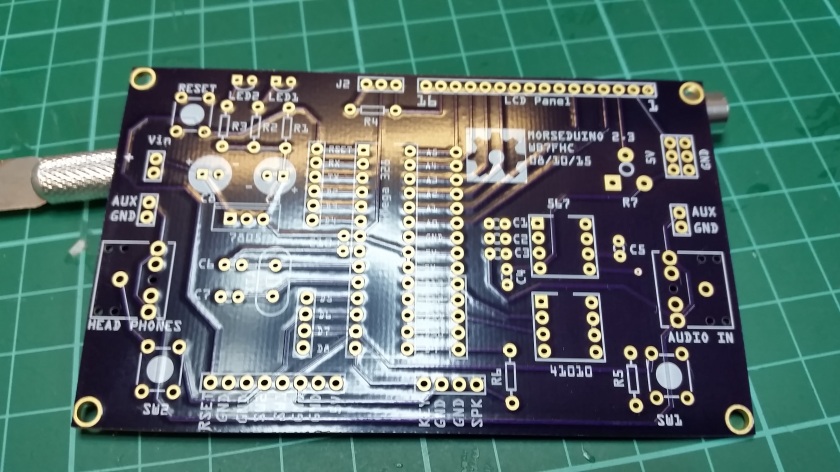 The PCB is very nicely finished and after a few hours of gently paced work I had this. 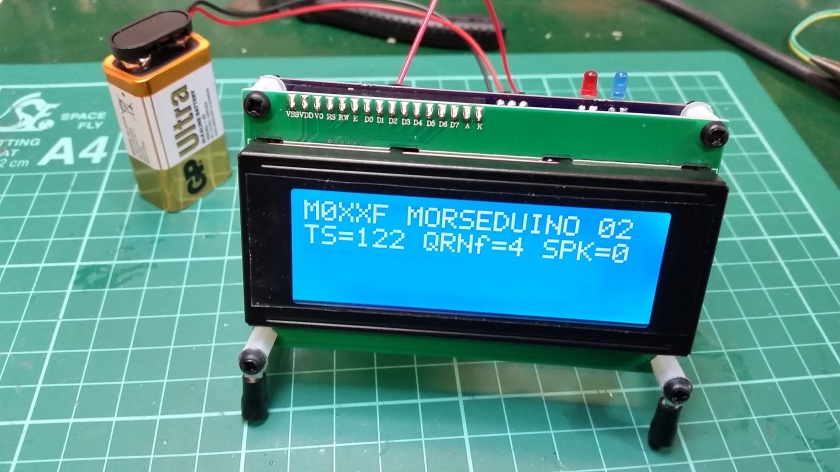 As a nice touch Budd had personalised the code on the Atmega with my callsign! 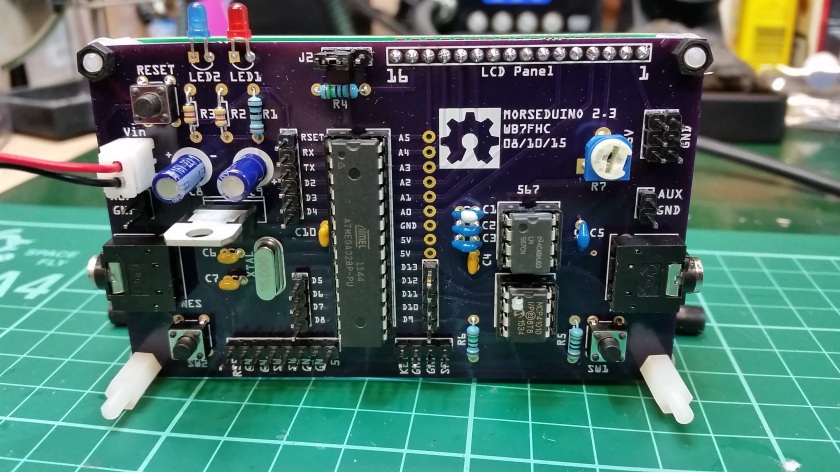 The build isn’t difficult but I needed a working reference point to fault find the prototype board, so I took my time. 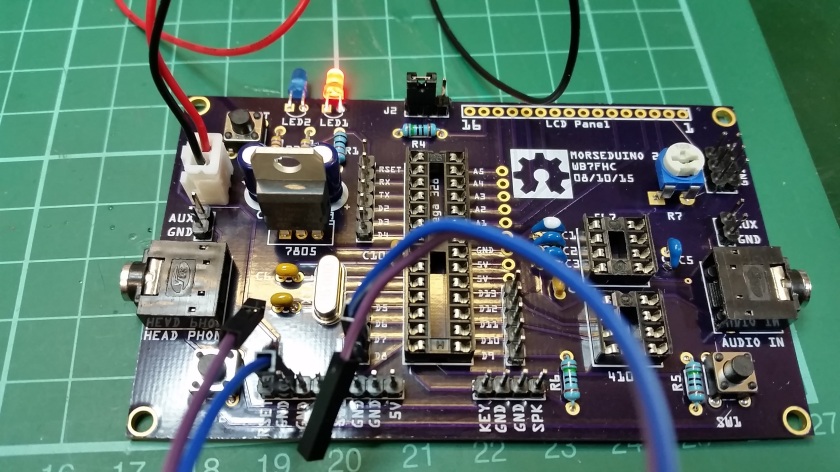 There are a selection of jumpers provided for testing throughout the build which is a nice touch.

The proof was in the smoke test! Video attached

This is the Morseduino having a go at a 15 word per minute file from the ARRL Morse Practice Archive for January 6 2016.

COMPANY. I WALKED MY NEIGHBORHOOD WITH A PORTABLE RADIO TUNED TO THE
BOTTOM END OF THE AM BROADCAST BAND. I FOUND SOME NOISE AT THE POLE THAT
HAS THE UNDERGROUND DROP TO MY HOME AND FIGURED THAT COULD BE THE PROBLEM.
EVENTUALLY THE UTILITY COMPANY CAME TO MY HOUSE TO INVESTIGATE MY NOISE
COMPLAINT. THEY FOUND THAT THE NOISE AT THE POLE WAS FROM THE PHONE
COMPANY DROP AT THE SAME POLE AND THEY COULD FIND NO NOISE FROM THEIR
EQUIPMENT, EVEN AFTER CAREFULLY DRIVING ALL THROUGH THE NEIGHBORHOOD. IN
‰ END OF 15 WPM TEXT ‚

In the words of Adam Savage once again, “In the spirit of science, there really is no such thing as a “failed experiment.” Any test that yields valid data is a valid test.”