I only got into Amatuer Radio proper in 2014 as a byproduct of something else I was playing with at the time. Some kit I was looking to buy carried the caveat of “may require an Amatuer Radio licence to operate on certain frequencies” and not wishing to end up on the wrong end of some draconian individual I decided to sort the licence side out first before shelling out my hard earned on my new toys. Somewhat naively I assumed obtaining a licence to operate radio equipment was similar to obtaining a licence to fish in common waterways. You know? Rock up at the local council office, flash your cash and walk away with a small square of paper saying you’re hot to trot. How wrong can you be?

Two years on and I’m slightly more educated and definitely finding radio more rewarding than previous ventures. Now when I landed in the world of the Foundation Licence learning it all seemed a bit abstract. I’m very much a learner by application rather than just being able to read and comprehend, so I wanted/needed a very cheap setup to play with to cement the theory. I wasn’t planning on being in radio land for very long (originally) so the cheapest way to do this seemed more appealing than ever.

I had a dabble with WebSDR to start with, especially Hack Green. Lets face it anything that says it’s based at the site of a previous secret nuclear bunker is going to draw the crowds! From there I fell for the idea of software defined radio and started reading, stumbling across RTL-SDR. What a resource that site is! Now I loved the idea of actually having a tangible SDR radio for the princely sum of 10 quid and invested. 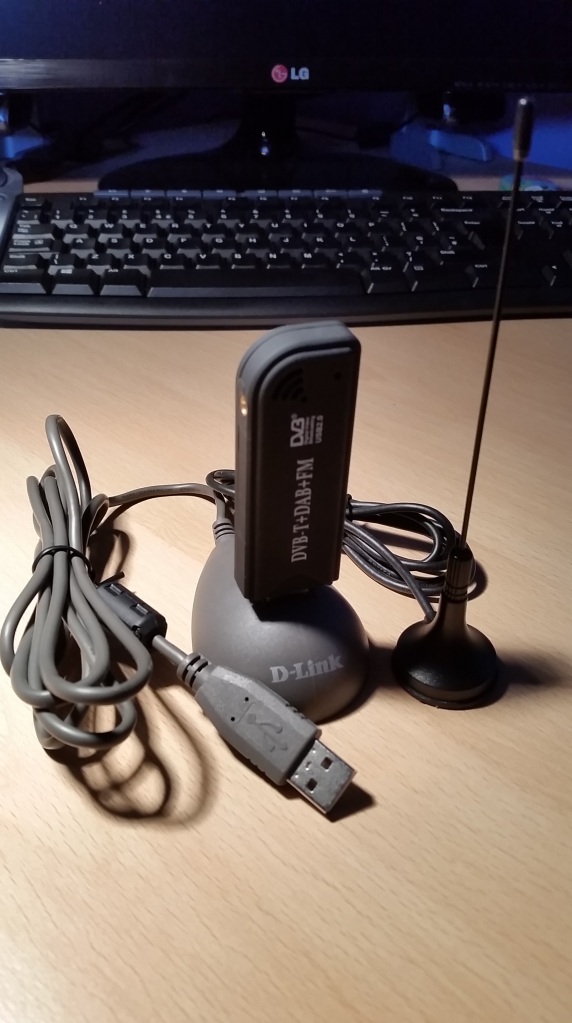 Meet my first radio! So after working out how to use it and listening to the limited range of content, mostly commercial wideband FM broadcast stations I needed something slightly more challenging to have a play with.

RTL-SDR offers a whole host of projects for the humble DVB-T stick and the whole idea of ADS-B radar fired my imagination. Living on the south coast with a host of commercial and private airfields in the county, plus a multitude of shipping traffic bobbing past in the Solent, this whole thing definitely had legs.

Next thing you know I was making antennas for the sole purpose of receiving aircraft ADS-B beacon transmissions. 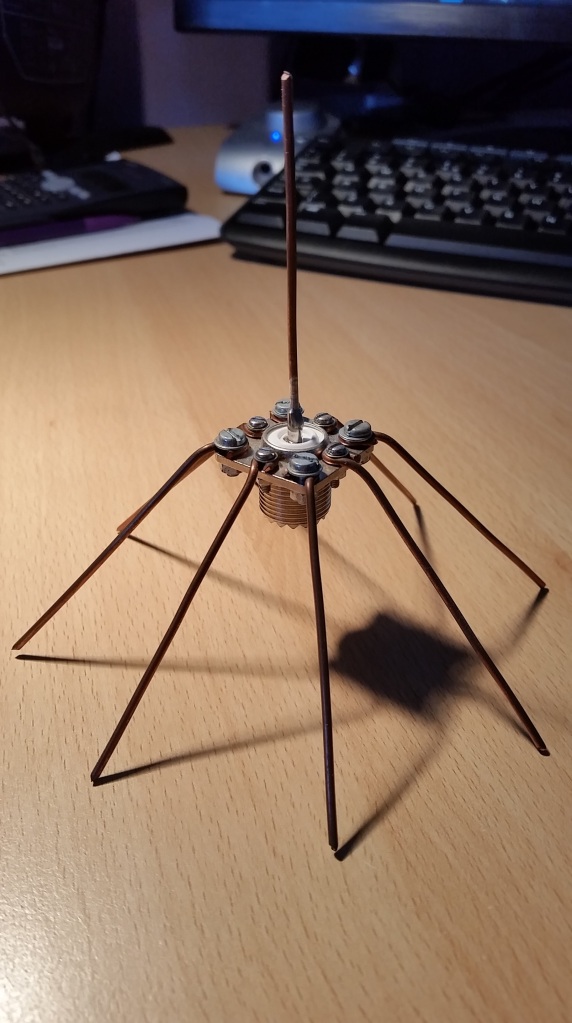 This is my massively successful quarter wave ground plane antenna built using the guide at ATOUK’s site. A copy is attached here for easy reference

Bearing in mind I didn’t have a Scooby what I was doing I was gob smacked by the increase in reception of my little receiver when compared to the supplied stock antenna. I was on a mission from then on! I took myself off to Nevada and bought myself some lengths of coax and spent some time fashioning various collinear coax and wire antennas and testing them using various software tools to plot their reception characteristics. Nothing I made beat the tiny quarter wave ground plane, it reigns supreme to this day in the ADS-B stakes! Unfortunately I don’t have any of my original work to share with you as I dumped it when I upgraded my PC, but it was good fun.

followed by an ADS-B SAW filter to improve reception. I scoured eBay for the EPCOS 1090 MHz SMD device and fashioned myself a PCB.

Again, the improvement in reception was dramatic.

Next came the addition of a LN4ALL low noise amplifier

And all this to watch aircraft on a PC screen in a manner similar to an air traffic controller! 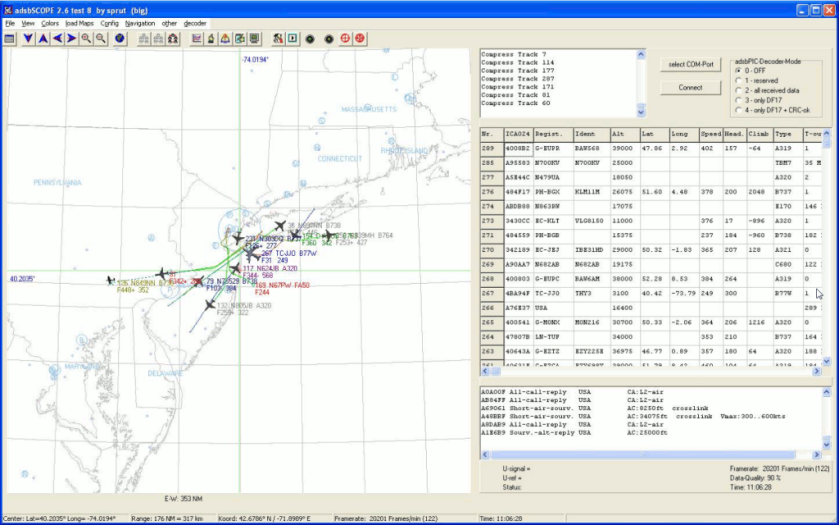 It’s a project I really need to resurrect when I get 5 minutes.

Since then my trusty RTL-SDR dongle has found itself playing a key role in a few side projects alongside other SDR and conventional radios. It’s a piece of kit everyone should own in my opinion!

So how about turning your phone into an SDR radio? SDRTouch for Android does just that. There are apps such as glSDR which give you WebSDR, but if you’re not on WiFi or 4G it’s a bit limited. SDRTouch takes your phone and allows you to plug your RTL-SDR dongle into it and gives you your own portable SDR receiver for the cost of 99p for the OTG cable from eBay. 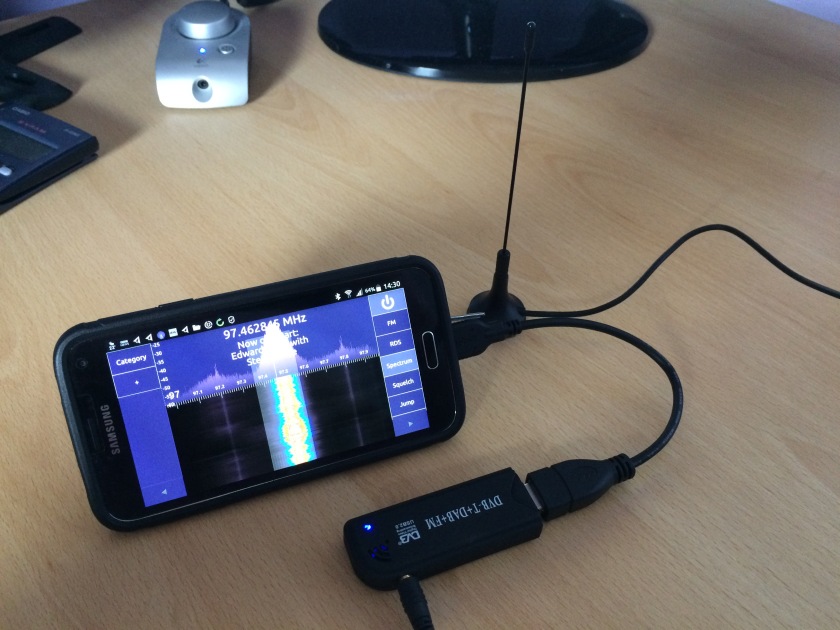 And proof that it’s not just a fancy screen saver –